Happy 2012 everyone! I know it's been a really long time since I've posted a Mailbox Monday entry. I will try my best to get back into the groove of posting the goodies I've received in the mail. 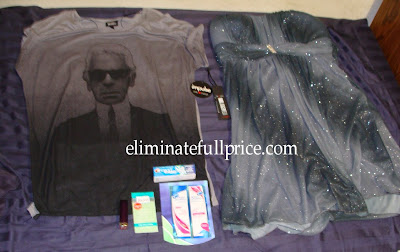 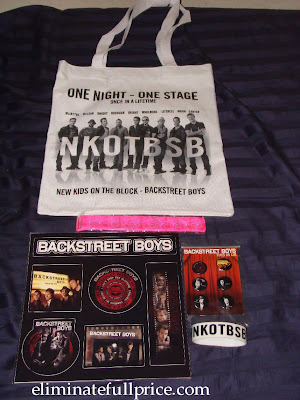 October 25th
-Karl Lagerfeld Shirt from Macy's - I used gift codes I won from a contest Macy's had a few months ago.

November 8th
-Backstreet Boys merchandise I ordered with a $40 Livenation code. I paid $17.17 for a tote bag, stickers, buttons, snap bracelet, and NKOTBSB wristband. The value of everything is $50 without the code! I'm always happy to eliminate full price on Backstreet Boys related items!

November 16th
-Prom Dress for the Backstreet Boys Cruise - It only cost $22.60 with tax & shipping! The retail price was $89.00. Then I used a Macy's gift card my mom gave me so technically it was free.

Also, if you haven't already, please publicly follow my blog by clicking the "Follow" button under the "Followers" section on the right hand side of the posts. Thanks!
Posted by Jocelyn - eliminatefullprice.com at 3:05 AM