Mailbox Monday - Been a while, eh?

I've been slacking on my posts here. I started going back to school in late August. I've been unemployed since 2009 & I was getting tired of being rejected from the multiple jobs I applied for. I graduated college in 2007 but it seems like having a degree just isn't enough anymore. I felt that I needed something to do & to add to the skills I already have.

I saw that I haven't posted a Mailbox Monday post since July. I haven't been diligently keeping track of everything but this is most of what I got from July to now.

This picture doesn't have everything I got in the mail. I did my best to gather as many things as I could. 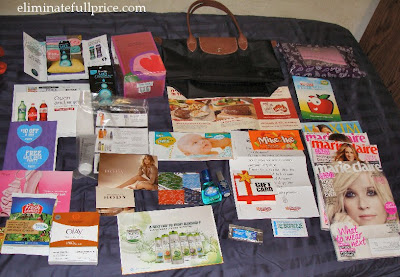 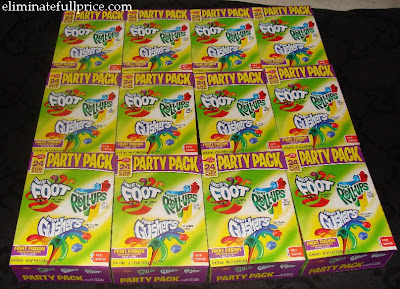 July 18th
-Jif to go Target coupon (which I didn't get to use.)
-Glad sample Vocalpoint

July 21st
-$500 Ticketmaster gift card I won from Ticketmaster's Facebook contest. I cannot wait to use this on Backstreet Boys tickets in the future!
-Longchamp bag - This wasn't really free but I used a lot of coupons and gift cards I got that brought the price down to around $30. The retail price of the bag is $125 + plus tax.

August 12th
-Maxim magazine
-Nail polish from Allure magazine's June giveaway. I was one of the 1st 500 to enter to win a Priti NYC Polish in Swan River Daisy.

Also, if you haven't already, please publicly follow my blog by clicking the "Follow" button under the "Followers" section on the right hand side of the posts. Thanks!
Posted by Jocelyn - eliminatefullprice.com at 4:16 AM 1 comment: