Happy St. Patricks Day everyone! Don't forget to wear green or I might just pinch you ;)

It's been a while since I've written about the freebies I've received in the mail. I gathered up a few of my favorites for a quick recap of what's arrived in my mailbox recently. 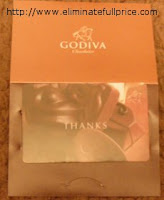 Thanks to Jennifer from the Saving and Giving blog (http://savingandgiving.blogspot.com/) I was able to win a $50 Godiva gift card from Shop at Home (http://www.shopathome.com/)! I LOVE Godiva chocolates so this was a delicious win for me. 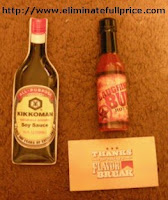 Kikkoman currently has a Chinese New Year Instant Win Game (http://promotions.kikkomanusa.com/chinese_new_year/) where they're giving away thousands of kitchen products and coupons! The game ends April 30th so there's plenty of time to play. I won a cute spoon rest in the shape of a Kikkoman soy sauce bottle.

To keep up with the theme of bottled sauces, I also received a bottle of Laughing Bull hot sauce from Marlboro. 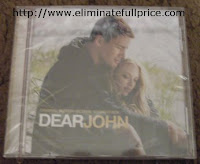 During the release of the movie Dear John, iNetvideo was having a promotion on their Facebook page (http://facebook.com/iNetVideo/) where they gave away Dear John soundtracks. During Day 3 I won a copy! iNetVideo constantly has giveaways going on so go ahead and check out their Facebook page. I previously won a Lord of the Rings DVD from them last year. 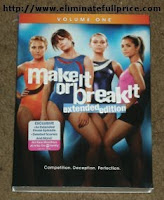 One of my favorite TV shows is Make It or Break It on ABC Family. It's a show about a group of female gymnasts and the drama they go through. It's beautifully written and the characters are well developed. One of my favorite characters is Chloe Kmetko, played by Susan Ward. Chloe is mom to Emily who is one of the gymnasts. Chloe is so over the top and hilarious.

Thanks to @43KixNorCal on Twitter (http://www.twitter.com/43KixNorCal) I received the extended season 1 DVD set of Make It or Break It! I wasn't even aware there was a prize being given away when I answered a trivia question they asked. I just answered it because I was a fan of the show. I had no intentions of winning anything. 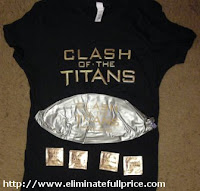 I also received another win from @43KixNorCal yesterday! I won a Clash of the Titans prize pack which contained a t-shirt, inflatable ball, and 4 packets of sunscreen. (When I first saw the 4 foiled packets I thought they were condoms :p)

Week In Rewind is a website that specializes in the latest entertainment news. On their Twitter page (http://www.twitter.com/WeekinRewind) I won a Sony DVD prize pack for being the 30th person to retweet a specific tweet. The DVD prize pack included Rent, Center Stage: Turn it Up, and Stomp the Yard.

PH8 (@PH8_Stores on Twitter) is the sport brand for Bebe and I was able to win leggings that cost $49.00 from them. They are very snug on my juicy booty so it only motivates me to lose weight. 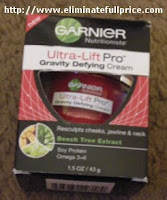 I'm sure you've seen the commercials on TV where actress Sarah Jessica Parker is promoting the Garnier Ultra-Lift Pro Gravity Defying Cream. In December 2009, Allure magazine gave away 500 of those Garnier creams to the first 500 people to sign up on their website. I was able to receive one and I can't wait to try it.

Sue Devitt is a celebrity make up artist who has worked with plenty of actresses like Eva Longoria, Jennifer Lopez, and Jessica Simpson. Every Wednesday Sue has a giveaway on her Twitter page (http://www.twitter.com/SueDevittBeauty). On Wednesday February 24th, I was able to win her Mini Lip Gloss in Costa Del Sol. The retail value of the lip gloss is $18.00! 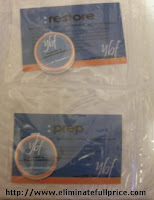 While I might not have been nominated for an Academy Award, I did win a RESTORE sample from YBF Skincare on Twitter (http://www.twitter.com/ybfskincare) on the night of the Oscars. The full size retails for $120 so I'm glad I get to try it out for free.

Why Swagbucks is great: 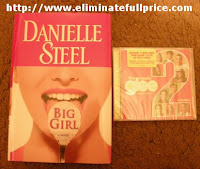 Thanks to Swagbucks I was able to save up enough Amazon gift codes to buy Danielle Steele's latest book titled "Big Girl." Once I read the first chapter of "Big Girl" online and I knew I had to get the book. I also bought volume 2 of the Glee soundtrack. You should join Swagbucks if you haven't already. It's completely free. All you do is search on their website like you would on Google or Yahoo and earn Swagbucks that can be used for a variety of things like Amazon gift codes and gift cards to stores like Target.

Posted by Jocelyn - eliminatefullprice.com at 12:37 AM

Whew! You've been on quite a winning streak!! I'm glad you were able to snag the Godiva card. Enjoy the chocolate! :) Yum!

any pics of Serena Ryder? she has more talent than all the others there put together