This past weekend I watched two movies. I had won two free movie codes and they were both expiring on March 31st. I wanted to use them before they expired. 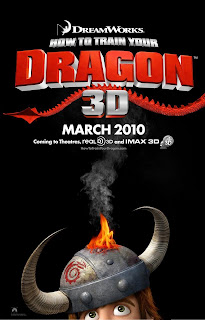 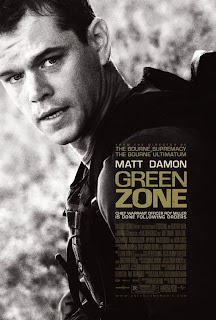 I'm a fan of Craig Ferguson's talk show "The Late Late Show with Craig Ferguson" so when I found out he was voicing Gobber the Belch, one of the characters in the movie "How To Train Your Dragon," I knew I had to watch it. I also thought the previews were cute and I was in the mood for a lighthearted story.

The movie was all right. It wasn't bad but it wasn't great. I didn't feel much of a 3D effect while watching. My favorite character in the movie was the dragon named Toothless. The expressions he made when he tried to get what he wanted like food were so adorable.

Way back in 1997, I had the hugest crush on Matt Damon. The crush has long faded away along with my teenage years but I still like to watch a Matt Damon movie once in a while.

I had a Fandango code I won (see post February Freebies + Eliminate Full Price Moment of the Week! to see how I won the code) from Fandango's twitter (http://www.twitter.com/Fandango) and I decided to use it to watch his latest film "Greenzone." The code was good for two movie tickets valued up to $24.00 through Fandango's website (http://www.fandango.com).

The cost of two tickets for this movie was $21.00 plus a $2.00 convenience fee for using Fandango's online ticketing service. The total was $23.00 but since I had the Fandango code valued up to $24.00 I paid nothing to see the movie.

Matt plays Roy Miller a Chief Warrant Officer in the Army who is part of the "Weapons of Mass Destruction" unit. "Greenzone" is primarily a military film and is inspired by some of the events in the Iraq war.

The movie is fast paced so there were parts I didn't understand because my mind wandered off onto other thoughts. There's lots of explosions and shootings so if that's what you're into this movie is for you.

Here's a rundown of my savings:

1. "How To Train Your Dragon" tickets

Have you seen either of these movies? Let me know what you think about them. Also, if you've seen any other movies recently feel free to give me some recommendations.
Posted by Jocelyn - eliminatefullprice.com at 4:00 PM

Email ThisBlogThis!Share to TwitterShare to FacebookShare to Pinterest
Labels: Savings

Wow! That's pretty amazing!! I hardly ever go to the movies. In fact, I haven't been since the beginning of my first year in college and now...I'm toward the end of my third! Even when I went there, I didn't pay...so I had no idea that movie tickets had gotten that expensive! So that is an amazing deal! Kudos!!

Thank you Mandie! I hardly went to the movies too until I won all those free movies tickets lol

Movie tickets are very expensive and it doesn't help that the food there is expensive too. I miss the days when going to the movies was less than $6.00. It's sad that the price has doubled since then.