My prize from the "Rebecca Minkoff Daily Giveaway!!!!"

I have a weak spot for purses and accessories. I enjoy looking at pictures of all the different purses on the Purse Forum (@purseblog on Twitter). My fascination with designer purses began in 2004 when I got my first Coach purse. Since then I've acquired two more Coach purses and two Chanel purses.

The Purse Forum has also exposed me to different purse designers. I didn't think there were so many designers out there. One of the designers I learned about was Rebecca Minkoff (@RebeccaMinkoff on Twitter and on Facebook: http://www.facebook.com/rebeccaminkoffllc). 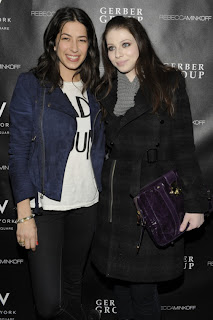 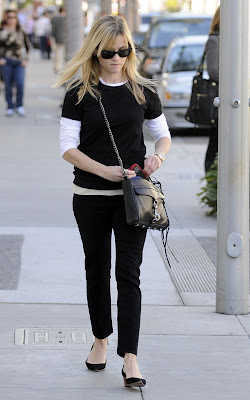 A lot of celebrities carry Rebecca Minkoff purses like Britney Spears, Jenna Dewan-Tatum, Kim Kardashian, Lauren Conrad, Michelle Trachtenberg, and Reese Witherspoon. On Rebecca's blog Minkette (http://minkette.com/) in November 2009 she was having a daily giveaway. Whoever was the first person to write "Rebecca Minkoff Daily Giveaway!!!!" on her Twitter, Facebook, or Minkette blog when she announced the giveaway would win a prize.

After failing to be the first person a couple of times, on November 16, 2009 I was finally the first person to write "Rebecca Minkoff Daily Giveaway!!!!" on her Minkette blog. I nearly had a heart attack trying to figure out if I was the first person. I anxiously waited months to receive my prize.

The wait was definitely well worth it because on February 17th, 2010 I received a beautiful brown/beige Benjamins leather pouch. According to Bloomingdales' website, it costs $115.00! This is absolutely one of the best prizes I have ever received. All I need now is a lot of crisp Benjamins aka $100 dollar bills to put inside it!

View of the back with "Benjamins" printed on it: 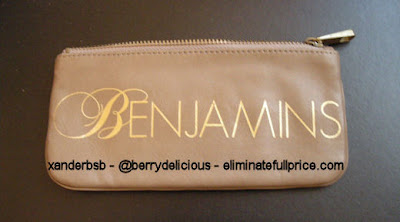 View of the front with the "Rebecca Minkoff" plate on it: 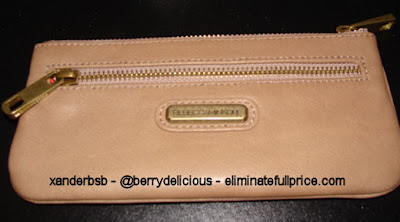 View of the interior with signature bird lining: 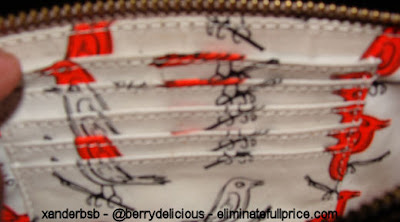 I would love to own a Rebecca Minkoff purse sometime in the future to go with my Benjamins pouch. I have to make money first though and hopefully I can buy one. For right now Benjamins can hang out with my Chanel's.
Posted by Jocelyn - eliminatefullprice.com at 3:05 AM