It feels great to kick off 2010 with a new blog. The concept of "Eliminate Full Price" came to me in December when I realized I rarely pay full price. I do my best to research ways on how to save as much money as possible.

In April 2009, I discovered the world of entering contests and sweepstakes. I've received plenty of items I normally wouldn't have paid full price for.

An example is my favorite win of 2009 which was an iPod touch I won from a fabulous company named Gliffik. 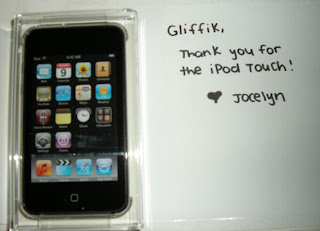 Prior to winning the iPod touch I know I wouldn't have paid full price for it.

I've also noticed that whenever I go shopping I usually check to see if there are any coupons I can use. Victoria's Secret is an example of a store that has been generous to me in the coupon department.

In December, Victoria's Secret PINK had a contest where they were giving away 10,000 $10 off any purchase coupons. I was fortunate enough to win a coupon. I used it today when I went to Stanford Shopping Centre. It just happened to be their Semi-Annual sale. I was able to get 2 tubes of shaving cream that are normally worth $10.00 each for $2.50 each! I also got one panty that went from $7.50 to $3.99. The total for the 3 items was $9.82 but I didn't pay for anything because of that $10 off coupon I had. 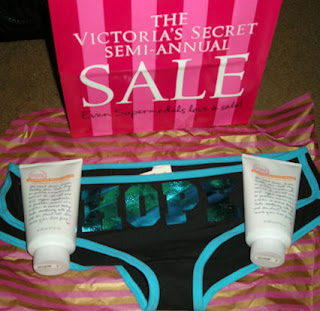 That's it for now and I hope you continue to follow my journey on "Eliminate Full Price".
Posted by Jocelyn - eliminatefullprice.com at 9:10 PM